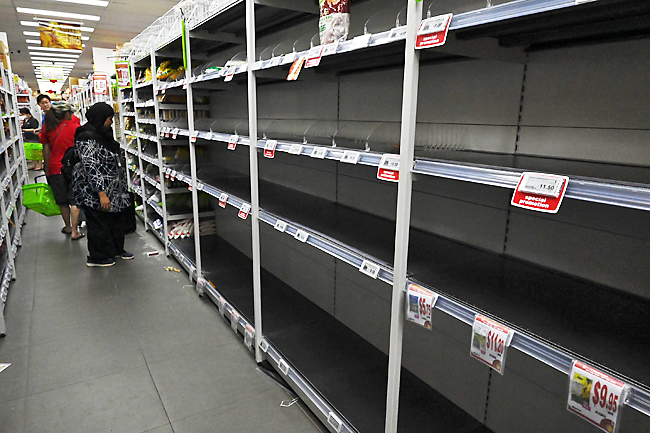 With the COVID-19 outbreak, stock values worldwide have plummeted over the past few days.  I have not bothered to find out how much my retirement portfolio has already lost since the days and weeks ahead will likely become worse.

Being significantly closer to retirement age than when I started in ministry, I confess, everything that’s happened recently has me thinking about questions of provision.  Will there be enough to eat and live on in the days ahead?  Over the long-haul, will our financial support significantly shrink in the wake of job and market losses?  Will I be able to leave an inheritance to my children’s children?

When Cru founder Bill Bright and his wife, Vonette, were approaching retirement, they decided to liquidate their retirement account to help advance the fulfillment of the Great Commission around the world.  In so doing, they believed God would provide their needs in old age.

Later, when Bill was 74, he was awarded the one million-dollar Templeton prize for advancing spirituality in the world.  Any normal couple might have concluded that God had honored their faith and provided for their retirement through this rather exceptional means.  Instead, Bill and Vonette once again gave it all away, this time to promote a global movement of fasting and prayer.  Seven years later, Bill died, and Vonette joined him twelve years after that.

When visiting Bill’s grave in 2014, I remember thinking it was nice, but relatively simple and non-ostentatious considering he was the founder of one of the largest and most influential Christian organizations of the 20th century.  One thing was clear, however.  Bill and Vonette truly understood what few of us ever will.  They knew that when they died, they would leave behind all earthly goods and spend eternity enjoying the unending treasures of intimacy with the Lord Jesus Christ.  In that light, no earthly shortages or privations really mattered anymore.  They were convinced that God was fully faithful and would always meet their basic needs in this life—and so He did.

He will do no less for us as well, even if our jobs are lost and our retirement accounts drain away to zero.  We can still praise and hope in God, echoing the faith-filled words of the Prophet Habakkuk: “Though the fig tree should not blossom, nor fruit be on the vines, the produce of the olive fail and the fields yield no food, the flock be cut off from the fold and there be no herd in the stalls, yet I will rejoice in the Lord; I will take joy in the God of my salvation.  God, the Lord, is my strength!”