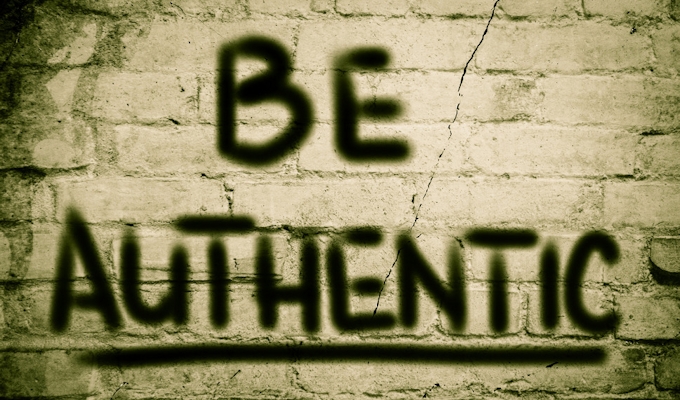 On May 31st, Trey Pearson, the lead singer of the Christian band, “Everyday Sunday” wrote an open letter to his fans explaining that he was gay and was coming out of the closet.  Married for seven and a half years and the father of two children, this coming out included divorcing his wife.  He claims the vast majority of people, his ex-wife included, have been extremely supportive and encouraging.

I suspect if Trey had openly confessed to his fans he was divorcing his wife because he was having an affair with another woman, their response would have been quite different.

Many Americans find heterosexual unfaithfulness in marriage far more offensive than when a homosexual who has been married to someone of the opposite sex “comes out of the closet” and professes his or her “true sexual identity.”  When they leave their spouse behind for another partner of the same sex, they are considered “courageous” and “authentic.”  The heterosexual offender, in contrast, is deemed “immoral” and “unfaithful.”

This is due to a number of factors, but the link to the idea of “authenticity” stands in a direct-line relationship.  Being “authentic” and faithful to oneself is considered far more important than being covenantally and sacrificially faithful to another.  And what is truly “authentic” is based almost entirely on the internal longings and desires of the individual self.

That we might refer to sacred norms and traditions, that there is an externally designed human purpose and goal, are given little serious consideration, if not overtly ridiculed and mocked.  The idea that there is an ideal human nature that exists apart from—and often stands in evaluative judgment of—the choosing “I,” seems ridiculous and strange to the postmodern thinker who believes that no one and nothing outside of the self can tell a person who they truly are.

Only under this kind of radically emotional and personalist ideology of “authenticity” can someone be publicly praised for using homosexuality as an excuse to forsake a heterosexual marriage vow in order to have sexual relations with someone of the same sex.

But all of this can be set aside for a moment to address what I believe is a deeper danger and greater tragedy.  Because homosexual practice goes against God’s perfect design plan for human flourishing and personal as well as social well-being, it ultimately damages the commonwealth of society and hinders personal connection with a holy God, leading to all kinds of deleterious repercussions and predicaments.  It becomes yet another source of dissatisfaction and ungodliness, just one more form of refusal and lack of desire to be like God on His terms.  As in Genesis 3, we want to “be like God” but only selfishly and in the crudest and most demonic sense of that term.  Thus, homosexuality is not the problem but merely another symptom of the more fundamental problem of being alienated and disconnected with the one true and holy God.

In this sense, when I see the way homosexuals wrestle with their sexuality and inner desires, I see a mirror of myself.  I see my own struggles to be sexually pure, to understand my own true identity, to understand what it means to be a godly man and a male in a world of emotional immaturity, moral cowardice, and sexual confusion.  And if the goal is merely emotional authenticity, then I see the authentic sinner standing at the base of every man, woman, and child who will not yield to the Lordship of Jesus Christ.

In short, homosexuality is symptomatic rather than paradigmatic.  It’s just one more illegitimate way (among many) to try and fulfill a normal desire (sexual pleasure) and need (procreation and relational intimacy) that is, at its root, no different than the alcoholic who tries to meet a normal desire (feeling good) and need (satisfaction of thirst) by drinking too much and too often.  The illegitimacy of the means to try and fulfill such desires and needs ironically results in the distortion and lack of fulfillment, thus making sense of the studies showing homosexuals—especially men—almost always have inordinately higher numbers of sexual partners than their heterosexual counterparts.  The need remains as intense as ever but the wrong way of meeting it only extends and exacerbates the problem of unfulfilled desire.

In the end, they seek but do not find.  They knock on doors where nothing and no one stands behind to open and answer.  Thus, one of the great tragedies of our age lies within the catastrophic canard that tells the homosexual that all that stands between him or her and authentic fulfillment is social acceptance and full freedom to seek satiation.  The terrible truth is they are being given an open and celebrated invitation into greater frustration and deeper bondage.  I genuinely grieve for homosexuals who look for fulfillment in all the wrong places by all the wrong means, because this is what sin loves to do—damage and destroy those who embrace and pursue it.

In a recent speech, Mars Hill Audio Journal founder Ken Myers puts the idea this way: “We are all creatures made in the image of a Triune God, called to fellowship with him, to love for one another, and for stewardship of our earthly home.  Our hearts are restless until we rest in him.  These are not religious opinions, but faithful descriptions of what is really the case.  We are in fact this sort of creature, and our shared public life should honor this sort of fact, not just those facts measurable through material means.”

The good news is you can discover your true self.  There is a source of authentic humanity, but it comes from outside the self and even outside the universe.  It also has a name: the God-man, Jesus Christ.  If you want to find out who you really are, only the One who made you can tell you, and only He can make you who you ought to be: a truly authentic and genuinely godly human being.

I will say more about this counter-cultural and counter-intuitive authenticity in my next post on Christian authenticity.

3 thoughts on “Authenticity, Immorality, and Homosexuality: How do I find my “true self”?”