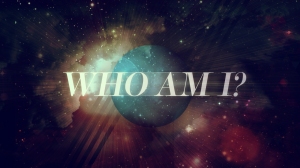 In part one of our series on human sexuality we began by giving some broad biblical perspectives regarding the LGBTQIA movement. These activists are pushing for the total acceptance and celebration of new ways to understand and express human sexuality. While much of the debate has centered around homosexuality in particular, the recent rapid expansion of the field of identified sexual expressions illustrates that what is at stake is a fundamental reordering of the way we understand what it means to be human.

Sexuality strikes at the very heart of our identity as human beings. Am I male, female, or something/someone else? What does it mean to be a man, a woman, or something/someone else? Perhaps more importantly, how do I know? In this installment, we will explore how sexuality relates to human identity by looking very briefly at some of the ways the Bible addresses and explains this important relationship.

The dynamics of identity are complex. In general, people gain their sense of identity from a variety of separate and interrelated sources like genetics, family, friends, and culture. For Christians, the question of identity appears, at first glance, to have a relatively simple starting point of reference. Genesis 1:27 tells us human beings are made in God’s image—male and female. Genesis 2 explains in more detail that because we are made in His likeness, we are lovingly endowed with unique responsibilities, capacities, and qualities not bestowed upon the rest of creation. In short, we have a distinctive nature and special role God has given us and called us to fulfill. Part of that mandate is fulfilled by bearing children within the context of a marriage relationship.

But there is more to the story than mere creation. In Genesis 3, we are also told of sin’s tragic entrance into the world along with its dreadful consequences: alienation; from God, from life, from ourselves, from each other, and from creation. We also get a glimpse at divine redemption and the promised restoration God will bring about through the coming messiah in verses 15 and 21.

From these foundational passages of scripture, several important implications follow.

First, we are not self-made gods but dependent, finite creatures wholly reliant upon God for our very existence and ongoing life. We are not self-contained, self-reliant beings, but require hospitable environments, food, drink, shelter, and social networks to exist and survive. These limits call us to both humility and gratitude—humility to see we are needy and dependent, and gratitude as we recognize the many faithful ways our needs are met by a loving and gracious God.

Second, to see the image of God accurately through image-bearing human beings requires both genders to fulfill their God-given nature and roles. The context of Genesis 1 and 2 shows that this singular divine image is only completely expressed through sexual dimorphism. In short, God made us in His image, male and female. Thus, even prior to the fall, for us to see God’s nature without distortion, both male and female genders must work in tandem with Him and each other to reveal His likeness in all of its glorious fullness. God is neither male nor female, but somehow through our unique human sexuality, His being and character is reflected and revealed.

Third, God created us to fulfill certain predetermined expectations and requirements. As David Naugle puts it on page 262 of his book, Worldview, if God exists as the ultimate reality, “The meaning of the universe and the authority to determine it are not open questions since both are fixed in the existence and character of God.” He is the nonnegotiable reference point for determining who we are as human beings and how we were designed to live our lives. Human nature and identity is not indeterminate but established by God. It is not fundamentally alterable by any social conventions or human ideologies.

Scripture tells us we were made to know God, become who He created us to be, and do what He calls us to do (cf. Micah 6:8). The life-goals we should set and choices we should make are not completely our own to determine. God has told us there are proper and improper ways to live and act that either honor or dishonor Him and can either hinder or contribute to human flourishing.

Biblically, then, we were not made to fulfill sexual desires beyond the bounds of marriage, and marriage is an institution instituted by God between one man and one woman for life. This institution is intended to provide a safe and nurturing environment for subsequent generations of divine image-bearers to be born, raised, and serve their Creator.

In a counterintuitive sort of way, our freedom comes not from the invitation or ability to do or be whatever we want, but from fulfilling the design God makes known to us in the Bible and through our passionate search to know Him, be like Him, and do His will (cf. Jeremiah 29:13). Only in this context can we make sense of the idea that we can know the truth and that truth can set us free from the bondage of stepping away from God’s purposes and plans for our lives (cf. John 8:32).

Fourth, sin has real consequences for our understanding and expression of human sexuality. The impact sin has on all human conceptions and relationships is profoundly important and deeply damaging. We are fools to ignore this fact, but we need not be overwhelmed by it either. In this life, sin’s impact is pervasive, but it can also be forsaken and forgiven through faith in Jesus Christ. Through Him, sin’s damage can be repaired and our lives restored to what God wants them to be and become.

Why take so much time and space to make explicit what may seem obvious to most Christians? In part three of this series I will contrast this theistic Christian vision with an increasingly secularist outlook, explaining some of the history of how and why contemporary society has significantly altered—and in some cases completely rejected—a biblical perspective of human life and existence. As a result, many people think the notion of finding one’s purpose and identity through a right relationship with God not merely incredible, but also oppressive and even detestable. The consequent loss of a divine perspective on human life and gender-related issues has led to widespread conflict, confusion, along with deeply dysfunctional expressions of human sexuality.

1 thought on “Who am I and how do I know? Biblical Perspectives”