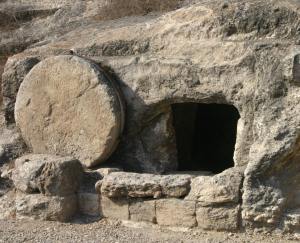 Did Jesus rise from the dead?  Couldn’t Christianity exist without holding to a miracle as incredible as the resurrection?  In 1 Corinthians 15:14‑19, Paul clearly says, “No.” when he states: “If Christ has not been raised then our preaching is in vain, your faith also is in vain.  Moreover we are even found to be false witnesses of God, because we witnessed against God that He raised Christ, whom He did not raise. . . .  And if Christ has not been raised, your faith is worthless; you are still in your sins. . .  If we hoped in Christ in this life only, we are of all men most to be pitied.”

Without Christ’s resurrection, all that we hope for and believe in as Christians becomes foolishness, a tragic pipe dream.  Is there good evidence for such an extraordinary and uniquely singular event in world history?  I contend earnestly that there is overwhelming evidence for this central truth of Christianity.

Let’s look at three major aspects concerning the resurrection of Christ, 1) the settings, 2) the results, and 3) the explanations.

Settings for the Resurrection

The first thing to notice is that Christ was crucified publicly, not secretly.  All of Jerusalem was there to see the event which took place on a busy road just outside the city gates.  It is also mentioned that Simon of Cyrene carried Christ’s cross, and that after the crucifixion, Jesus was buried in Joseph of Arimathea’s tomb.  These are significant details because if anyone wanted to investigate the validity of such an extraordinary event, then they could go ask Simon or Joseph, “Hey, did you really carry His cross?  Was He really buried in your tomb?”  These men were very likely still alive and around when the accounts of this event were proclaimed and written down.

In addition, the status of Christ was checked by a Roman physician to verify that He was truly dead.  If the physician made any kind of mistake, he would lose his head to an axe of the Roman government.  As a result, these physicians were very careful in their work.  The physician determined Christ was dead before he was taken down off the cross.

Jesus was then laid in a solid rock tomb with a two‑and‑a‑half‑ton stone placed over the entrance.  There was also a seal placed on the stone stating that if anyone broke that seal, all the wrath of the Roman government would come down upon that person or group.

Further, at Christ’s arrest, the disciples fled for their lives, and Peter—who just said he would die for Jesus—denied Him three times before Christ was even formally convicted and sentenced to death.  This is significant, because it is not exactly what one would expect from a band of young, courageous, and revolutionary radicals.

The tomb itself was guarded by a Roman guard unit.  This unit was placed at the tomb to prevent anyone from stealing the body of Christ and then claiming He had risen from the dead.  The Romans already understood Jesus had claimed He would rise from the dead on the third day after His death!

To put this in clearer perspective, I will describe what a Roman guard unit consisted of.  These men were the equivalent of American Green Berets.  They were the finest the Roman army had.  Each unit was composed of three sets of four men.  While one set of four was on duty, the other two rested, so they were always alert and ready, twenty‑four hours a day.  If one of the on‑duty men were caught sleeping, he would forfeit his life for it.

Results of the Crucifixion

Well, with all this said, we must ask, what were the results?  What happened at Christ’s tomb?  First, the Roman soldiers deserted their post and fled to the Jewish priests for protection, knowing that their lives were in danger for failing to keep the tomb intact.  In addition, the two‑and‑a‑half‑ton stone was rolled away from the entrance, and the tomb was decidedly empty.

It is beneficial to note that even secular historians who have examined the evidence for the empty tomb of Christ do not deny that it was empty.  Josephus, a Jewish Roman historian even records the empty tomb in his works.  If he were found to have recorded a false event of history, he too, would forfeit his head to the Roman government.  That the tomb was empty is not often disputed, but what is commonly contested is the question of what actually happened there.

Explanations for the Empty Tomb

Let us examine some of the most promoted possibilities put forth to explain why Jesus’ tomb was empty.  The most common claim is that the disciples stole the body.  This is what the priests told the Roman guards to tell the people.  Well, what would this theory require?

Could it be that the disciples, a rag‑tag group of timid, defeated fishermen and tax collectors overpowered the Roman guard unit (twelve green berets against eleven frightened tradesmen), rolled back the enormous stone, and then consciously died for what they knew to be a lie?  Putting the first two absurdities aside, let’s consider the chance that the disciples would all knowingly die for a lie.

Charles Colson, known as Nixon’s “hatchet man” during the 1972‑1974 Watergate scandal, became a Christian and later wrote the book, Loving God.  In chapter six, Colson speaks of one of the biggest reasons he believes in the resurrection of Jesus Christ.  During the Watergate cover-up, everyone involved agreed to lie and distort the truth in an effort to avoid the coming legal storm.  He goes on to note that it took less than three weeks for all the men involved to crack and spill their stories in exchange for lighter sentences.  He also explains these men were not facing a death sentence, but merely a few months (or perhaps up to a year or two) in jail.

The disciples, on the other hand, faced death, beatings, imprisonment, exile, and scorn, all for one thing: the unwavering confidence that Jesus Christ was Lord and had risen from the grave.  Interestingly enough, not one of them “cracked” over the course of the remaining years of their lives, yet all but one (John, who was boiled in oil and then exiled to the barren Isle of Patmos) were killed for their commitment to this conviction.

Psychologists have told us that people will not die willingly for what they know to be a lie, yet all these men paid dearly with their lives for the belief that Jesus Christ rose from the grave.

Well, what about the possibility that the Pharisees stole Christ’s body?  The problem here is that the very thing the religious leaders did not want to happen, the promotion of belief in Christ as God, happened as a result of their theft.  All they would have had to do if they had the body was wheel it publicly through the streets of Jerusalem saying that here was the “resurrected” Christ, yet they did not because they could not.  They didn’t have the body!

A theory that was long ago discredited has recently found its way back to the surface of debate called the swoon theory.  This theory purports that, much to the dismay of the Roman physician, Christ never actually died.  After spending three days in the tomb, He revived and then appeared as the risen Christ.

Even a cursory glance at this theory immediately shows it to be quite ludicrous.  Imagine Christ, hanging on a cross for several hours after He had been beaten beyond recognition, whipped thirty‑nine times with a cat‑o‑nine tails.  Forty was not permitted because it too often killed the recipient.  Then He had a spear thrust in His side and lost a lot of blood and water.  After being embalmed with over one hundred pounds of cloth and spices, and after spending three days without food and water, Christ suddenly came out of His coma, threw back the two‑and‑a‑half‑ton stone single‑handedly, overpowered the twelve Roman guards, and then appeared to His frightened disciples as the triumphant and risen Lord.

This kind of theory belongs in fairy tale books.  Quite frankly, it’s more sensational than the actual resurrection story is.

Christ rose from the dead!

There have been other possibilities promoted, like the recently “resurrected” visionary theory, but none that really deserve mentioning here.  I have mentioned the most feasible theories brought up by scholars to date.  The only real remaining option is that Christ actually did rise from the dead and that He is our Lord and our Savior.  It is a fact worthy of our deepest trust and most fervent commitment.  Claiming to be the only way to God, Jesus alone has fully validated His amazing statements concerning Himself and the nature of God, truth, and reality.  The Christian faith is a reasonable faith, and God has provided the evidence we need to defend our beliefs with bold confidence.  May we do so in His glorious strength and with His infinite wisdom!

1 thought on “Did Jesus really rise from the dead?”