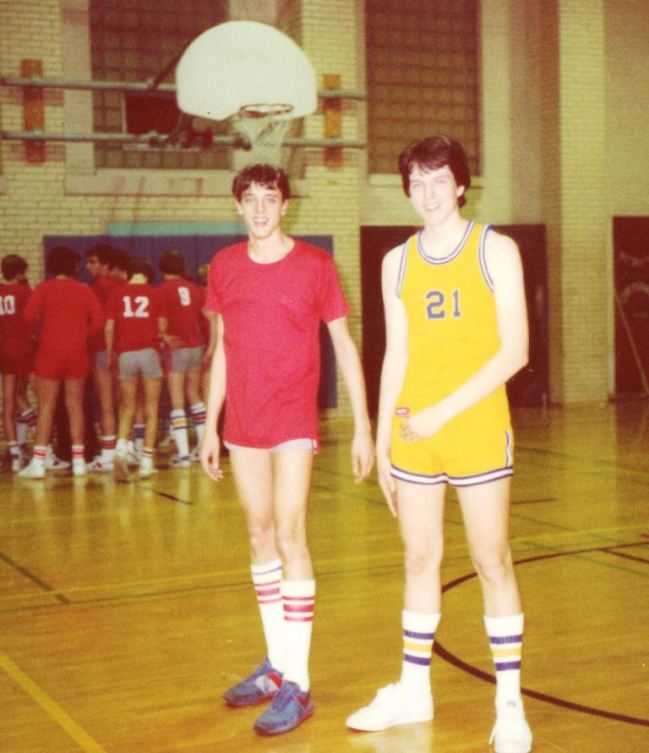 I love playing basketball.  But at forty-nine and counting, I am not sure how much time I have left on the court.  Over the years, I have certainly changed the way I play the game, especially more recently.  I shoot more, run less, almost never drive to the basket, and defend with much more reserve.  I also know that one wrong step, one unforeseen collision, one ill-advised twist or turn, could blow out a knee, rip a tendon, or shred what little cartilage I have left in my joints.

But even if I were able to remain relatively injury-free over the next few months and years, the end will someday come, be it three years, five years—dare I hope for ten?  Eventually, I will succumb because everyone succumbs.  The monster becomes the midget, the fast the feeble, the dominant the dominated.  My father somehow played basketball into his early sixties.  His pastor, who played with him, called him a “freak of nature.”  But even my dad had to call it quits—although it took the need for a knee replacement to make him hang up his high tops for good.

Growing up I was sometimes told I could pit “mind over matter” and challenge the limits of my physical abilities.  To be fair, it was intended to prevent me from making excuses that I couldn’t do something because it was “too hard.”  But at the same time, age has had a way of changing the rules regarding certain things.  As time passes, I would like to think I’m learning some important lessons in humility, and one of them is the fact that sometimes matter wins over mind.  As much as I want to, I simply cannot do everything my mind desires and tells my body to do anymore.

When Psalm 90 reminds us to “number our days” it is for a very good reason—so that we might become wise.  Although I love the game of basketball, my playing days are rapidly coming to a close.  And what matters most when the end does come is that I arrive with a heart and mind full of wisdom.  Wisdom, unlike so many other things in life, does not have to diminish with age but can continually increase.  This is one reason Proverbs 3:13-15 says it is more precious than gold, silver, or costly jewels.  And, of course, wisdom tells me not only that sometimes matter rules over mind, it tells me the basketball court is no place for a tired and broken down old man.

Maybe it’s time to use my mind to rule over matter and look into coaching!